, /PRNewswire/ -- Ben of (), a leading seed stage capital provider, today announced that its   () has made its first investments in two rapidly growing technology enterprises. The blockchain-enabled provides capital for seed and early-stage technology companies operating primarily in the region. 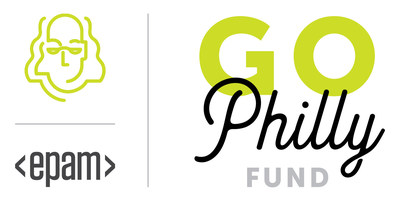 In keeping with the charter of the new fund, the first commitments from are follow-on investments to earlier investments made by . inaugural investments include:

Sidecar helps retailers create powerful performance marketing campaigns to target shoppers on the channels they use most. The company combines deep data, knowledgeable humans, and inspired technology to deliver seamless experiences that turn shoppers into buyers.

has committed to Sidecar as part of the company's recent C-1 participating preferred round which included investment from , and . Dating back to 2010, has invested in Sidecar through four separate venture rounds.

"Sidecar would not be where it is today without the early support of ," said , Founder and CEO of Sidecar. "We are thrilled to have new venture support through the and from our other investors. This new investment supports our continual technology development and team expansion as more retailers grow their partnerships with Sidecar."

Clutch is a provider of an integrated customer marketing platform that delivers customer intelligence and personalized engagements to B2C brands, helping them identify, understand and motivate each segment of their customer base.

has committed to Clutch as part of the company's senior preferred note in preparation for its larger Series C round that is forthcoming. Primary investors included Empactful, NewSpring, SafeGuard, and company management. previously invested in Clutch in 2012 which it later converted into a Series B preferred position.

"We're excited to add as an investor in our growing company," said , Co-Founder and CEO of Clutch. "We are looking forward to utilizing the new capital as we seek to accelerate growth, grow our brand, and expand into new markets."

"We are gratified to witness the groundswell of interest from investors. They are dedicated to supporting growth and innovation in our region and are convinced by what they have seen produce," said , Chief Investment Officer. "We are all are excited to rededicate our commitment to these impressive locally-grown companies. These first two mark an auspicious start to the collection of portfolio companies and an important step in our continued efforts to fuel economic transformation in the area."

was formed in conjunction with (NYSE:EPAM), a leading global product development and digital platform engineering services company headquartered in the area with more than in revenue. Some other investors include , , and .

"We are excited to see the first investments proactively fueling the growth of innovative companies like Sidecar and Clutch," said , CMO and Head of Strategy, . "As the Fund continues to encourage the growth of early-stage startups in the region, we see our partnership with as a way to connect diverse technology companies in the region to the larger-scale, global innovation economy."

Ben remains the most active investor in the region and is committed to maintaining efforts to support the seed and early-stage companies that foster a community of innovation and contribute to economic growth in the region. complements existing Ben Franklin investments utilizing funds raised from institutional and private accredited investors.

Since its beginning in 1982, Ben Franklin has invested more than into over 2,000 emerging technology companies in the region, making it the most active seed investor in the Mid-Atlantic region, and ranked top 10 in . An independent 501(c)(3), Ben Franklin has played a role in the creation of many of the region's leading technology companies and, together with the statewide network of four independent Ben Franklin Partner organizations, has been recognized as significantly increasing the odds of success for the young companies it champions. Ben Franklin nurtures young companies by actively investing capital and providing an ever-growing repertoire of resources for its portfolio companies, their co-investors, and the Philadelphia region's community of technology-based innovation. Ben Franklin is an initiative of the Pennsylvania Department of Community and Economic Development and is funded in part by the Ben Franklin Technology Development Authority. For more information on Ben Franklin Technology Partners of Southeastern Pennsylvania, the Philadelphia region's most active early-stage investor for more than 35 years, please visit www.sep.benfranklin.org, and follow us on Twitter @bftp_sep.

Want to talk with our investor relations team?

We’d love to hear from you!

WANT OUR NEWS DELIVERED TO YOUR INBOX?